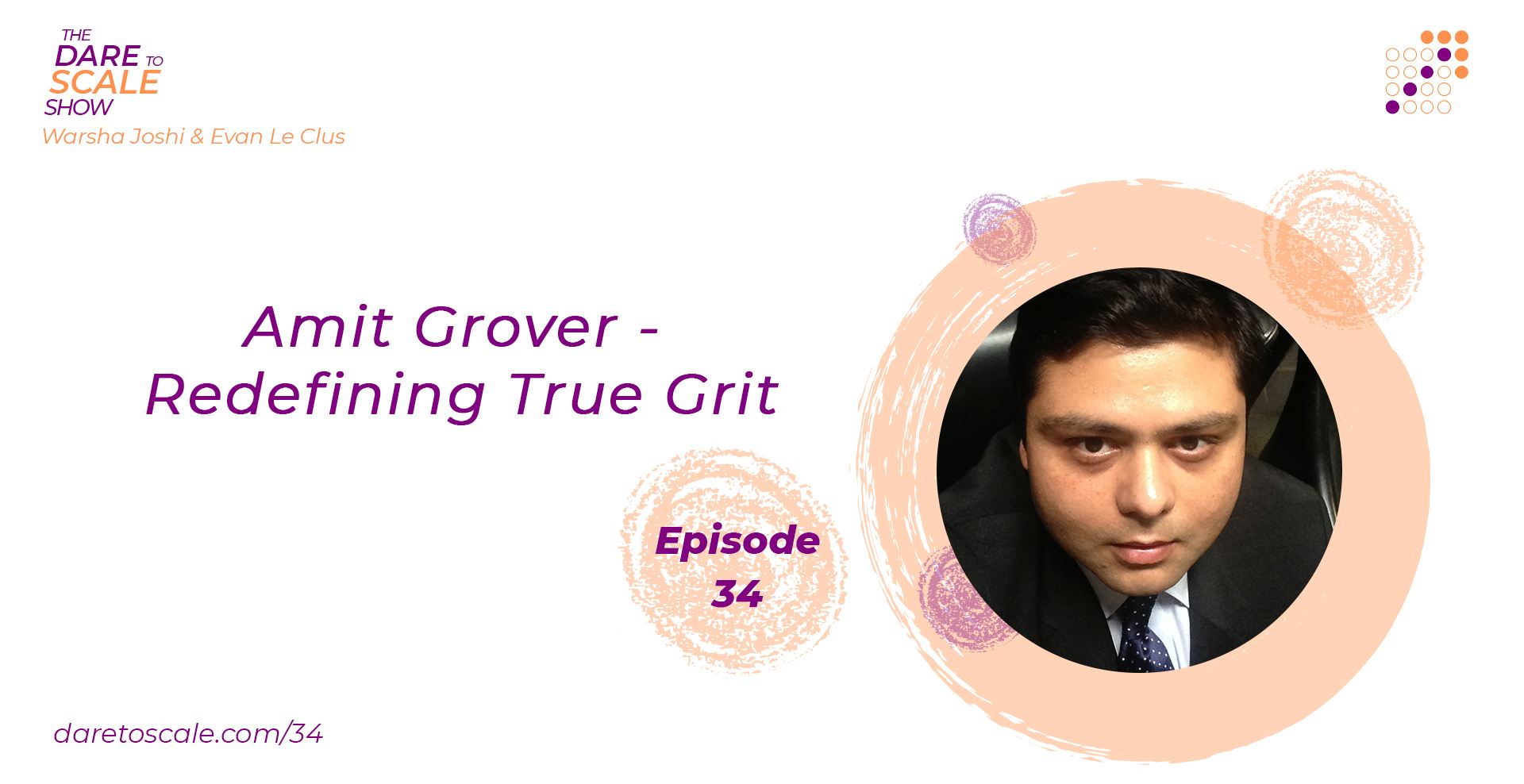 In today's world, the term "entrepreneur" is used quite a lot. It may even be used to describe you! In this conversation marathon, we dig deep and ask what it means to be an entrepreneur? Is it about having that great idea? What about taking risks? Or, is there something more to it than those things? We explored and redefined the meaning of the true grit of an entrepreneur that has a story like no other!

From humble beginnings in New Zealand to Grover & Company's expansion into Australia, United Arab Emirates, and the United Kingdom, Amit has come a long way in understanding the impact of cross-border business on the small-medium enterprise ecosystem.

A summary of our conversation
The seeds of entrepreneurship were planted early on in Amit's childhood, and his desire to be accepted by others grew during these years. There was always this burning desire to be somebody that people would accept and admire.

After a long and successful corporate career, he decided to change course and be an entrepreneur. While one should be full of gratitude for the job in a company that gives status, position and placement. Amit always asked himself this question, "why on earth am I working for somebody else to make them the money?"

In 2005, Amit moved to New Zealand to do his MBA. After which, he worked for a consulting company called Boston Consulting Group. Working with one of the largest consulting businesses in the world, advising top CEOs in Australia and New Zealand, made him realise that instead of building somebody else's ambitions and dreams, it is time to build a brand for himself and quit his corporate job.

In 2007, from a swanky office and a $10,000 suit to sitting in his jeans and t-shirt in a cafe, Grover and Company was founded and he began using his consulting skills to advise mid-market companies in New Zealand and Australia on how they should expand internationally. After eight and a half months, he got his first contract, a small early childcare business that wanted to expand within New Zealand and one day internationally. Grover and Company opened their first books and he had a three-and-a-half-year journey with them successfully expanding for them 20 childcare centres in New Zealand and then got a Singapore company to buy them out. The number of clients increased year on year.

In 2012 Amit opened an office in Sydney with 75 people working for him out of three offices and he felt on top of the world. Then, in an unexpected turn of events, in 2013 whilst he was on an official visit to India with a client, he fell severely ill. He was in the ICU for 22 days fighting for his life. This phase taught him how to respect Life.

"Miracles happen from inside, the miracle is you!"
Making the most of second chances

Finally, in August the same year after recovering he went back to Auckland to find he had lost all the money, his clients were gone, and was in a bankrupt situation. His house, his car and everything were sold off to pay his debts. Friends, relatives and colleagues disappeared. Nobody wanted to associate with him. He found himself cleaning the toilets of the Auckland Railway Station with tears because he couldn't believe a guy like himself having such a rich and well bred background would find himself in this situation. That was his darkest period.

Amit always believes that miracles happen from within and it is with that inspiration that he headed to the bankruptcy office and said "There are two things you can do, you can either file bankruptcy and all my debts get wiped out and you don't get a dime or you can give me $5,000 that I am going to use to buy a laptop and a co-working desk space and I will give you all the money I owe with interest." Amit bounced back and within six months he got his first client.

Everything changed again and his financial failure completely decimated. He was building a business that was doing about $9 million in turnover. With barely 50 cents in his pocket daily to then climbing the $20 million ladder. But this time, it was different.

After opening an office in Dubai, Amit began expanding businesses with an eye on London. In 2019 he opened London and started growing businesses there. It has been an amazing journey. Amit has received so much support, especially in the UAE. The UAE Food Security Council at the Ministry of Economy says that they need such food tech centres, that they need the world to come to them. So far, he has had tremendous support from this part of the world.

Amit was interviewed by Palak Mehta who runs one of the biggest shows in India, The Palak Mehta Show. She interviews Bollywood celebrities, cricket stars, politicians and was very impressed with what Amit was trying to do with the plant-based revolution. An hour-long interview was split into three parts. It was a rocking show.

"Let's collaborate and grow together.
Why are we competing in the world of big enough?"
Be young, be brave, be free
Amit had a challenging journey from facing bankruptcy to having fallen severely ill, to cleaning toilets and then rising back in his business. Amit began seeing business with the right perspective, treating clients with the right perspective and becoming more responsible.

As he simply explains before the financial downfall, his attitude was "that I am running the life of 100 people in my company", after that financial downfall, he started telling himself "100 people are running my life. I owe it to them." When that shift happened, he became unstoppable. "Whatever is not meant to be mine is not going to come to me. I shifted my mindset to collaboration. Let's collaborate and grow together. Why are we competing in the world of big enough?"

The road to becoming an entrepreneur is not a smooth one. Amit tells people you have to be crazy, juvenile, and even senile but would he do it again? "A million times! It's worth it!"

When we asked Amit what his "I Dare to." statement was, he simply said, "I Dare to be 18!" Never grow up, we lose our creativity. Rather than thinking out of the box, we are put in a box. Be young, be brave, be free. Make your own decisions. Never be afraid to make mistakes.

Entrepreneurs must have an agile and flexible mindset. They need to know how to adapt when things aren't working out as planned. This entire story is one of adaptability, which is the core of what being an entrepreneur is about. The true grit of an entrepreneur isn't just found in their successes, but also in their failures. It is not easy to keep going after failure but it pays off when you learn from them.

Episode Highlights:
Guest Resources:
LinkedIn:
https://www.linkedin.com/in/grovera
Instagram: @amitgrover77
Official Twitter: @Groverandco
If you enjoyed this episode, please leave us a 5-star rating so that more entrepreneurs find this podcast, get the value, and get help scaling forward in their business.
Remember to check out our LinkedIn and Facebook pages to stay up to date on what's in store for you! 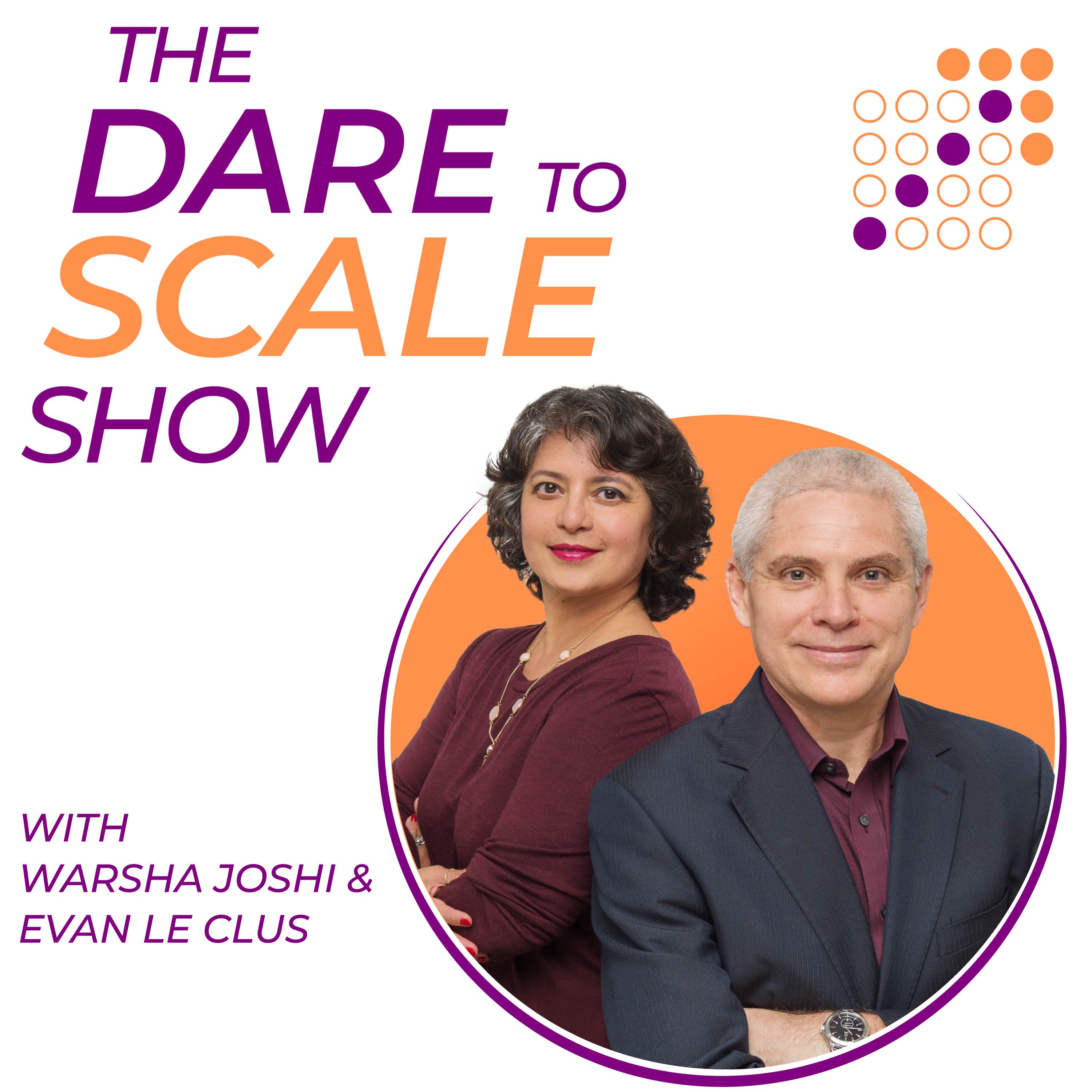 Meet your hosts:
Warsha Joshi and Evan Le Clus
We are business mentors and business owners operating out of the vibrant city of Dubai, UAE.
We love helping dreams become a reality by bringing about the transformation from Founder to Leader, Consultant to Business Owner.
Come join us and subscribe to the show. The latest episode will arrive in your inbox shortly. 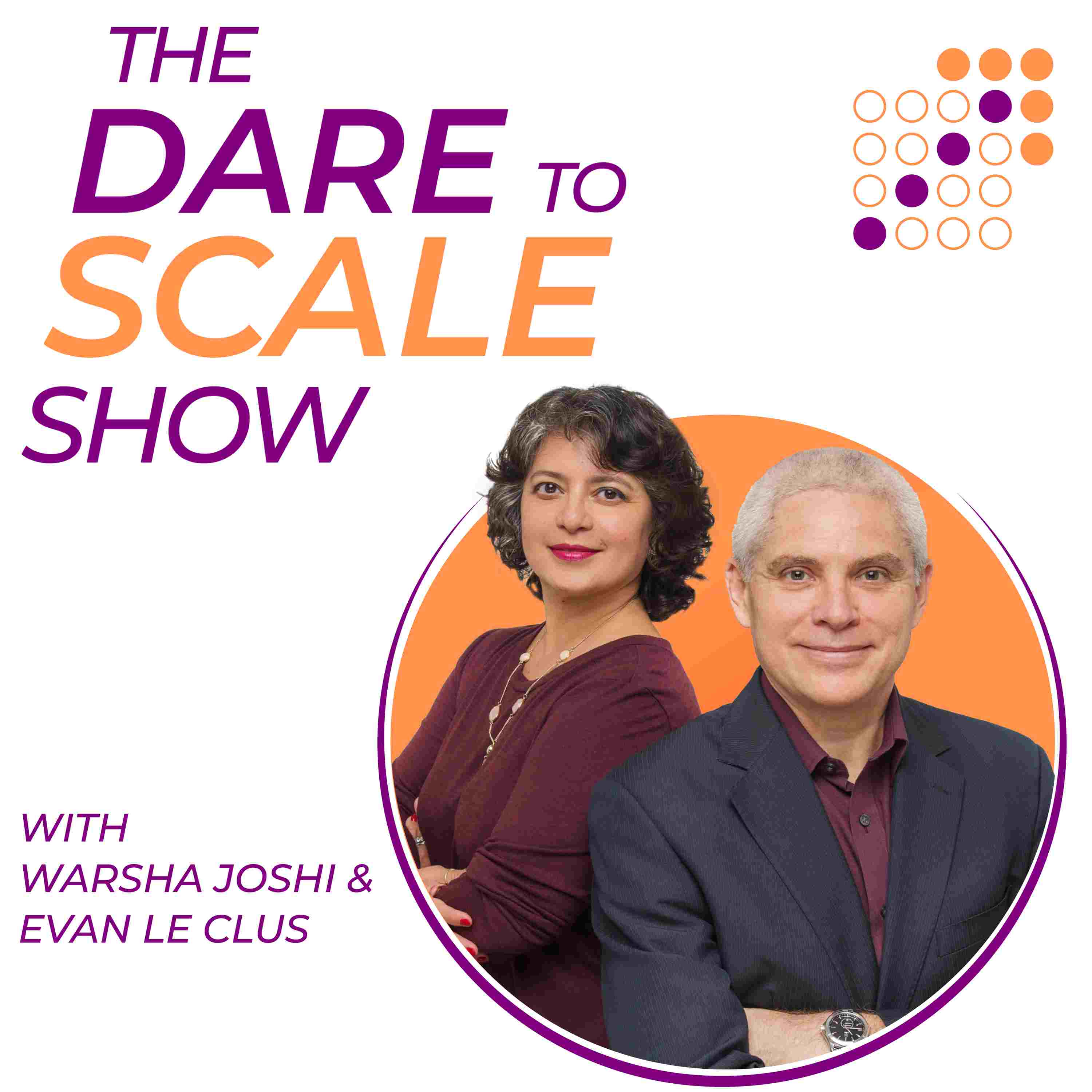 Get podcast and blog updates direct to your inbox. Subscribe below! 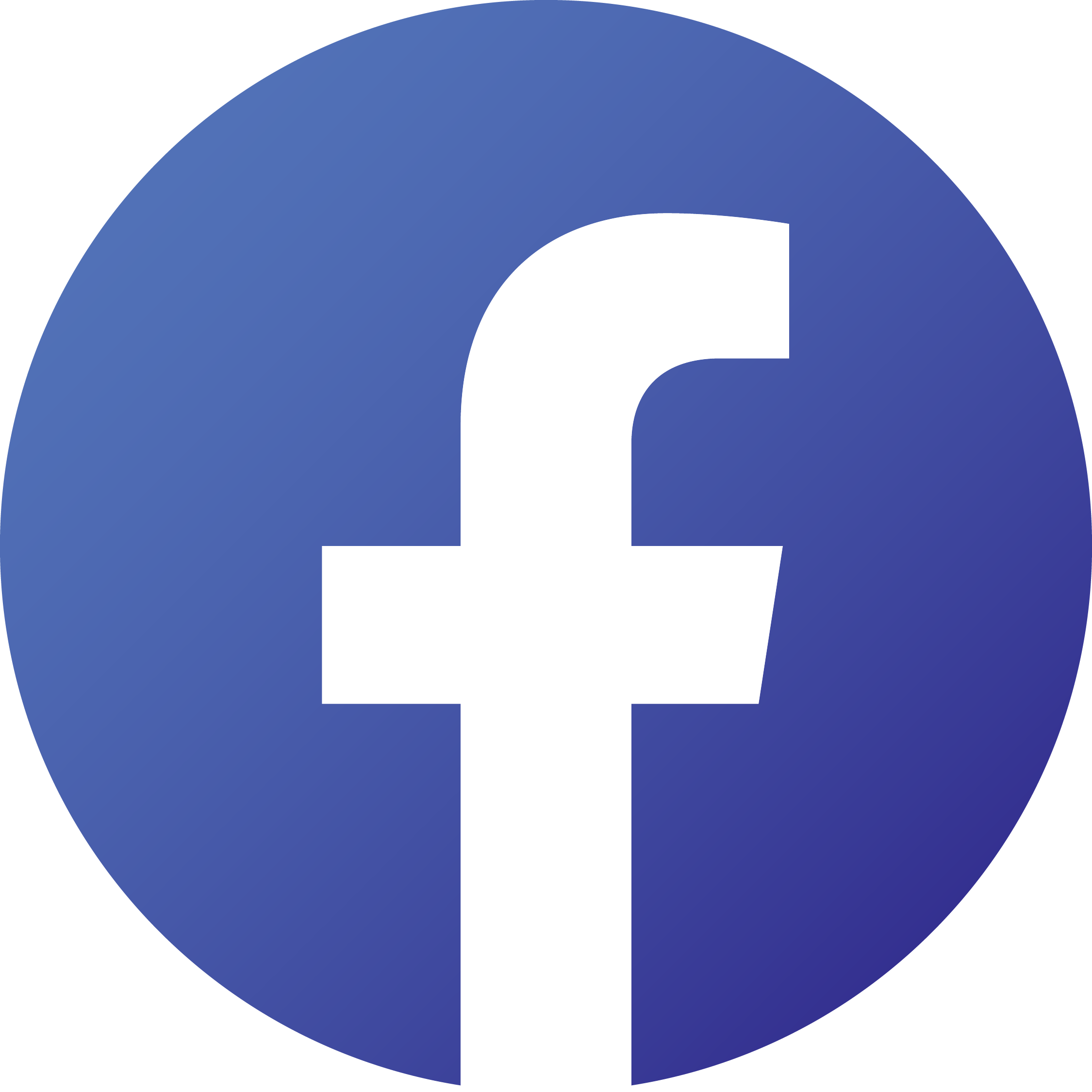